The energies of the Sixties were very potent and transformational, and triggered some events that were extremely painful. The Aberfan Coal Slurry Landslide event epitomized the intense, deep, soul-pain of the potent Solar Eclipse that followed, for the mining town’s inhabitants. 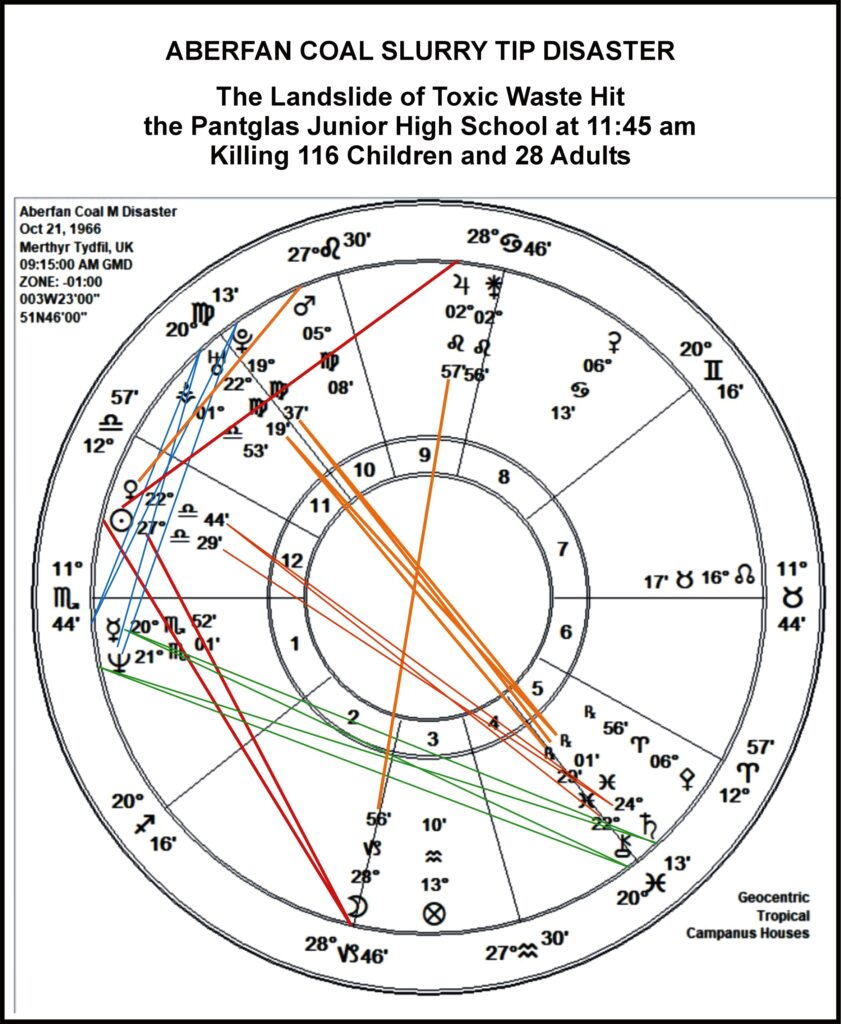 In this situation, Astrology could have been used for foreknowledge of the danger, by studying the New Moon chart preceding the event (which occurred at First Quarter) and the Solar Eclipse chart that followed the event. The astrocartography of these charts points specifically to the location of the disaster.

The shocking event begin to build 100 years before the collapse occurred, and the townspeople had tried to get the attention of the Coal Mining Board to do something about the growing danger. Extra rain added to creating the collapse, and the intense pain (Chiron) of this event was caused by the total destruction of Pantglas Junior High School, just before the students were going to assemble to sing “All Things Bright and Beautiful” for the town’s inhabitants. 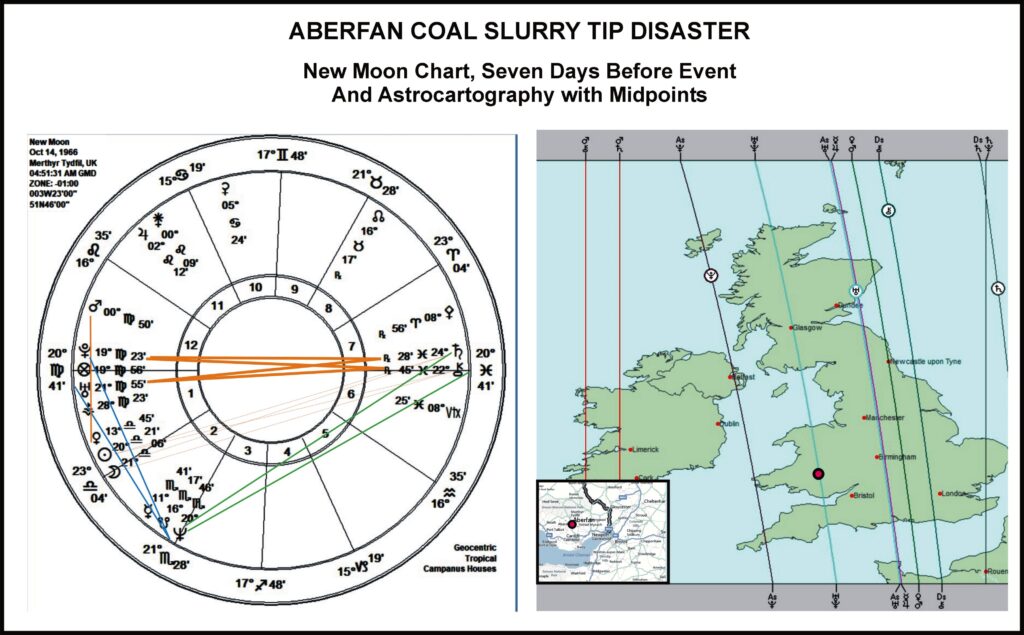 Because the mining ‘authorities’ did not act to protect the town from the danger that had been brought to their attention, the event was perceived as an extreme injustice. 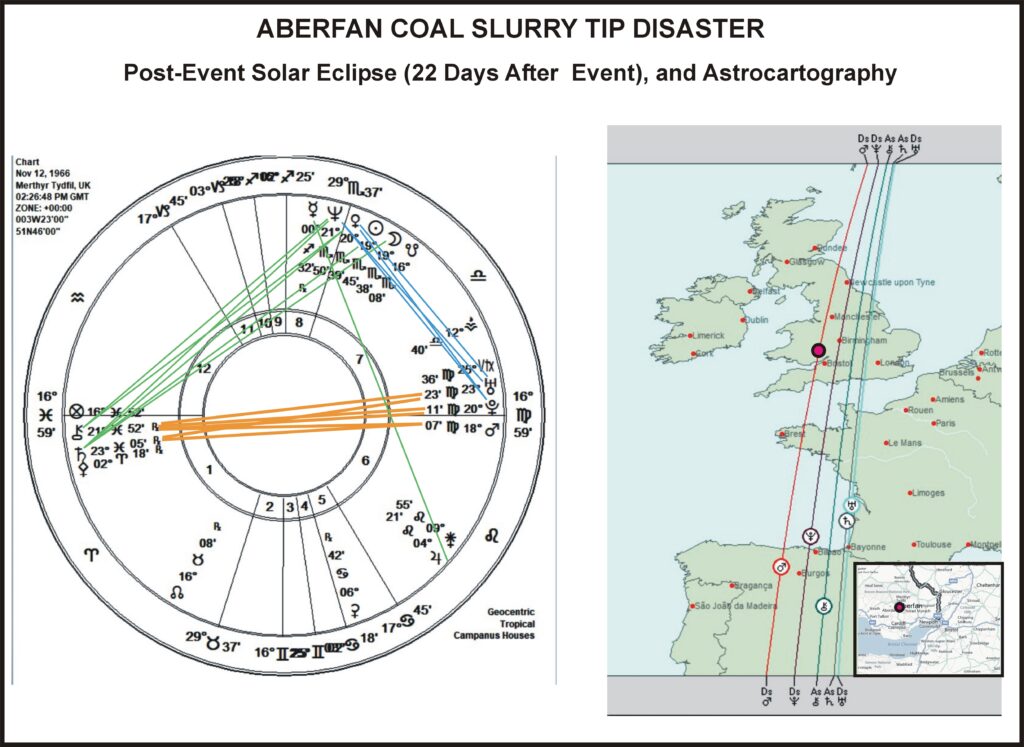 Note Jupiter in Leo. The Moon was at 0° Aquarius, just as the toxic waste slide hit the school and 8° Sagittarius was rising. 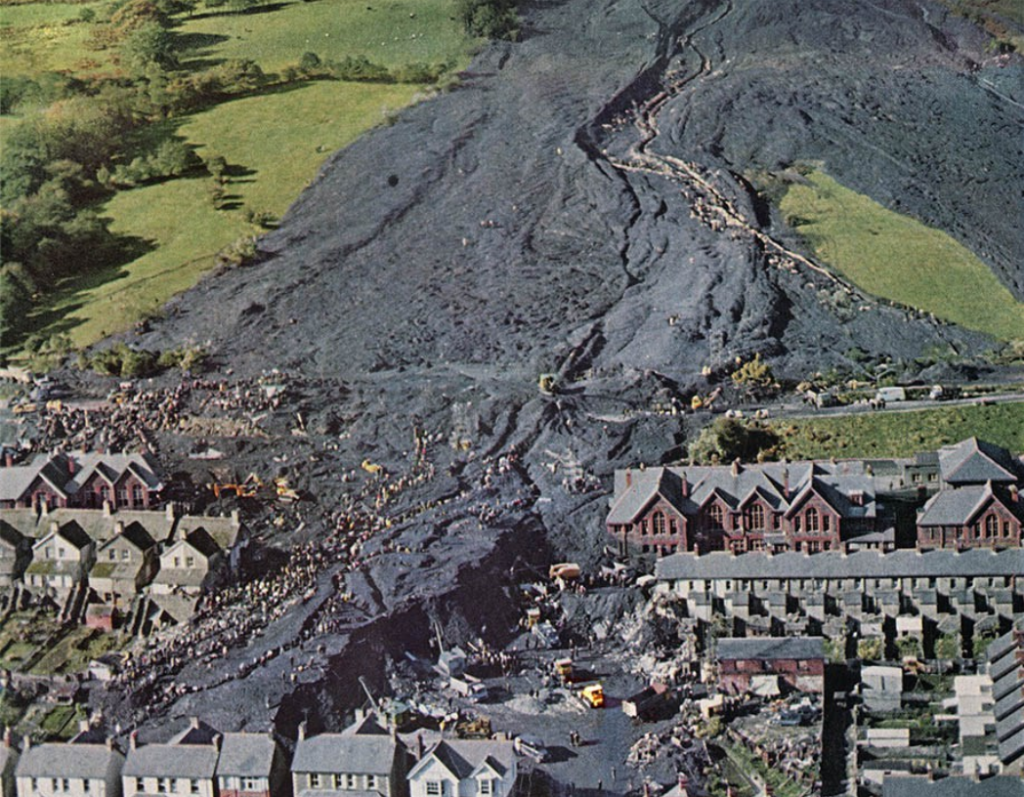 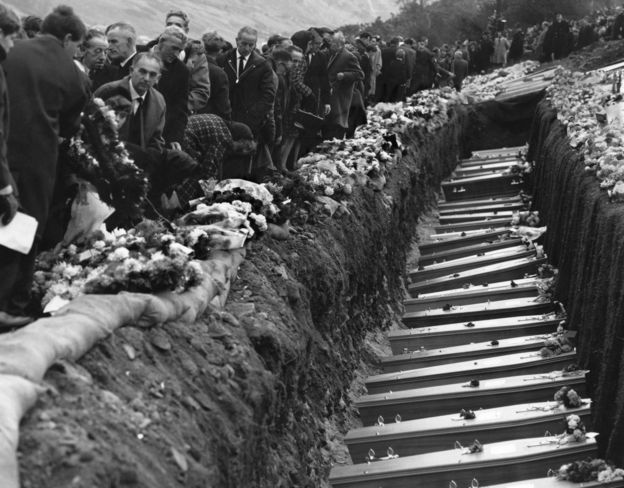