It’s Saturday, and the Moon is super-waning (darkening) before Monday morning’s Total Solar Eclipse at 23° Sagittarius; dialing down life energies for a vitally restful weekend, as we close a great Chapter of Life — individually and together.

The closing chapter is an aged, karmic cycle that underpins our current human structures, institutions, laws, and status quo crystallizations.  Its summation — positive and negative — is mixed and inter-woven with the tender germination of seeds of beginnings; of better things to come with fresh creative initiation and endeavors of the next Age, nurtured by the Light of Truth and Love among us, the sacred Breath of Life, AND the compost of the spiritually failing and dead.  (Read about the Turning of the Age measured by the Astrological Barbault Index indicator here.)

The Jupiter-Saturn conjunction (their union at the same degree of the zodiac relative to Earth) and “re-set” on the Winter Solstice, December 21 at 1:23 pm (in Washington, DC)  is also changing triplicity from Earth to Air signs, which occurs about once every 180 years, and is thus called a “Great Conjunction”, heralding a major change in the manifestation of Creator’s Will.  As these two bright planetary stars gradually unite during December, they will eventually appear on the Solstice, as one great star — a brilliant Guiding Light inspiring faith, renewing hope, and affirming great good things to come! 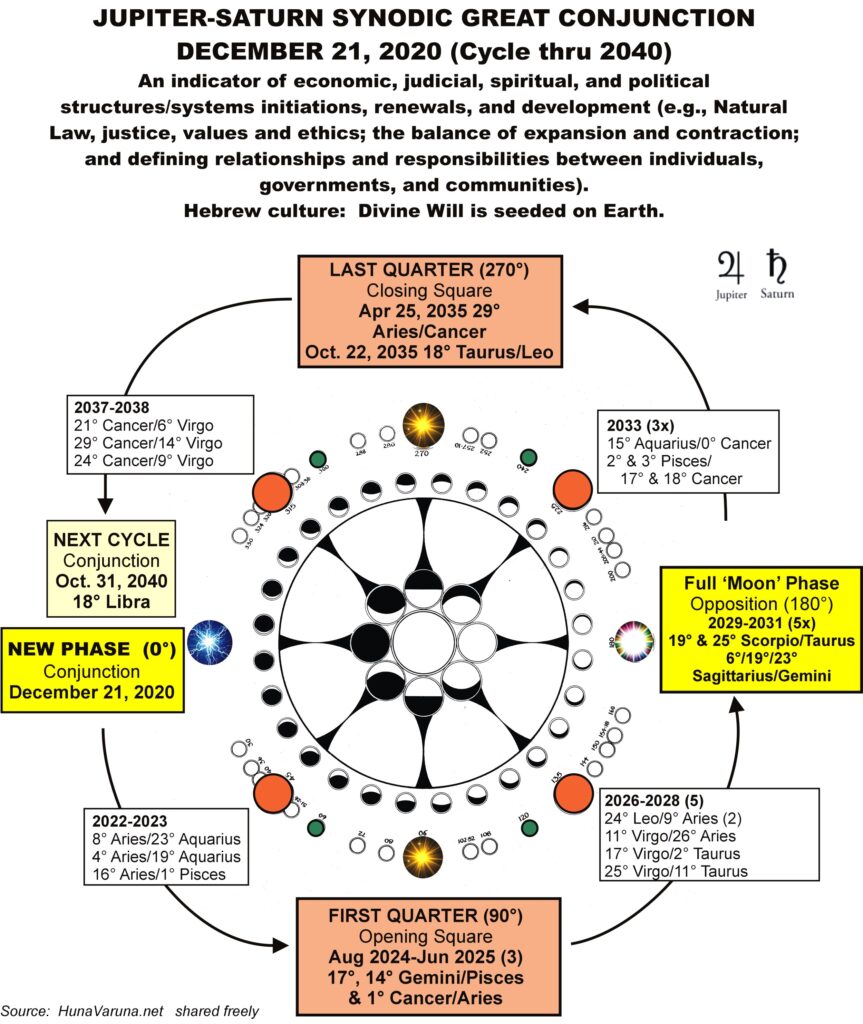 We are now at the very end, the “dark night”, of this planetary pair’s closing cycle, that began on May 31, 2000.  Jupiter is the planetary ruler of Sagittarius where Monday’s Total Solar Eclipse occurs. Thus, it is a momentous “quiet” time, with both the waning pre-Eclipse Moon (ruled by Jupiter), and the waning Jupiter-Saturn synodic cycle of the last 20 years; a ‘double dial down.’  And the better we let go, chill, clear, and rest, the better we can naturally refresh with the cosmic re-start of these life cycles.

One of my revered teachers, Rabbi Dobin, wrote of the Great Conjunction (Jupiter-Saturn) in his book, “Kabbalistic Astrology”:

Since Saturn is such a slow-moving planet, and the farthest planet visible without instruments, the ancients considered Saturn to be the transmitter of mysteries, the Divine Messenger. And since the Jupiter-Saturn conjunction was a 20-year occurrence, the idea developed that G-d passed on the message of His Divine Will at every Jupiter-Saturn conjunction. Jupiter then passed the message on to every planet in the Heavens during the year following the conjunction since the planets sunward of Jupiter make at least one conjunction with Jupiter each year.

The passing-on of this Message of Divine Will to Earth occurs during first quarter 2021 as follows:

Sun will spread the message throughout the Earth beginning on January 19, and especially on January 28 at 9° Aquarius.

Venus will lovingly brighten hearts, spirits and souls with the new tone of power on February 11 at 12° Aquarius.

This year, 2020, has been difficult and grounding and every one has been asked to go deeper into Soul for a better life orientation that is more stable, meaningful, and true.  The deconditioning required to help us do that has not come easy, but the gifts are healthier Presence and Deeper Empowerment for better-attuned living with the Heart of Creation. Those who have chosen love, gratitude, faith and commitment to quality life and healthy values, are 2020 winners!

Be of good cheer!  Prepare to receive the rich blessings of the sacred season and this prodigious refreshment and new calling.  Every one of us is an agent of Divine Will.  Let’s soberly and joyfully, receive this great Initiation in reverence, surrender and as volunteers, for the blessing, comfort, and healing of ALL.

Ancient Hebrew culture based their “Prophetic Age” calculations on the Jupiter-Saturn synodic cycle.

A normal conjunction within its triplicity is called a “Normal Conjunction.”

A conjunction that marks a change in triplicity, every approximatey 180 years, is called a “Great Conjunction.”

A conjunction that occurred every 2,160 years, marking the beginning of a new Prophetic Age is called a “Magnificent Conjunction.”

Their conjunction occurring every 25, 920 years to mark the start of a new Great Year is called  is called a “Divine Conjunction” or “Conjunction of Power.” 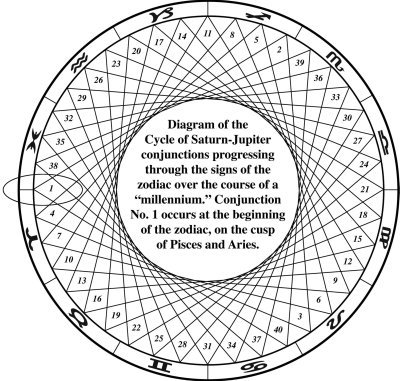 Every man 20 years and older is responsible for the collective good of the community, in Hebrew tradition.  The number 20 is also significant in descriptions for building of the Tabernacle.