Both the Solar and Lunar Eclipses during July are volatile with the Mercury-Mars square to Uranus (Leo-Taurus).  They will make for some jarring, surprising, disruptive events with  sharp edges. 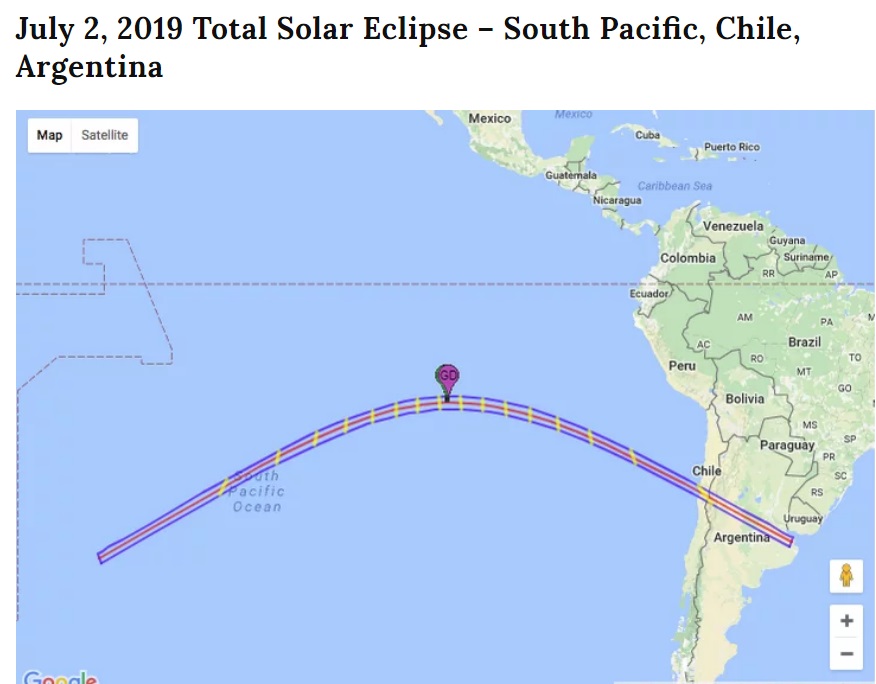 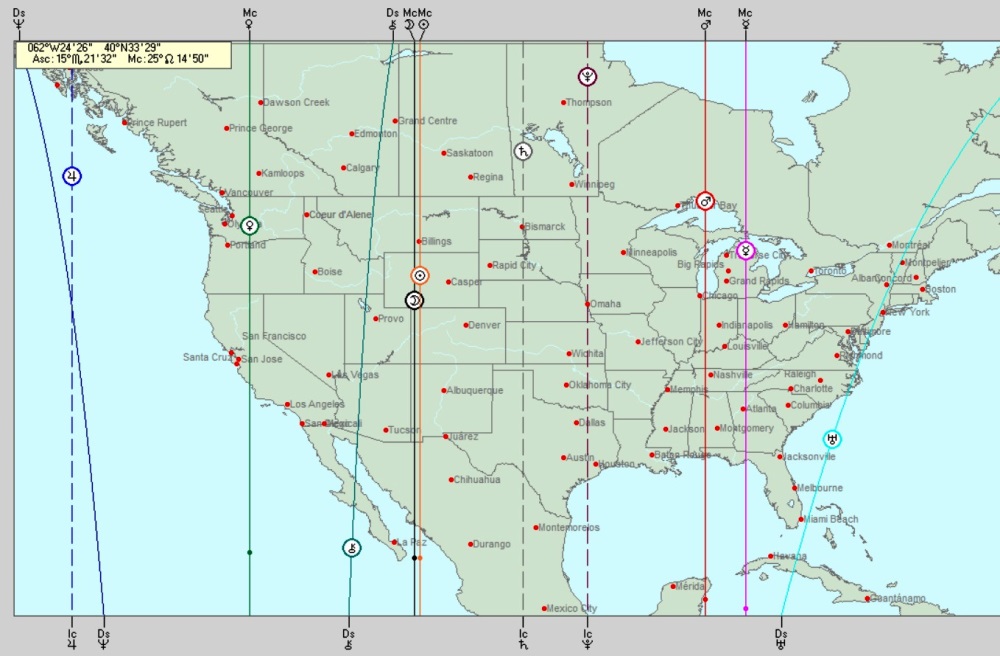 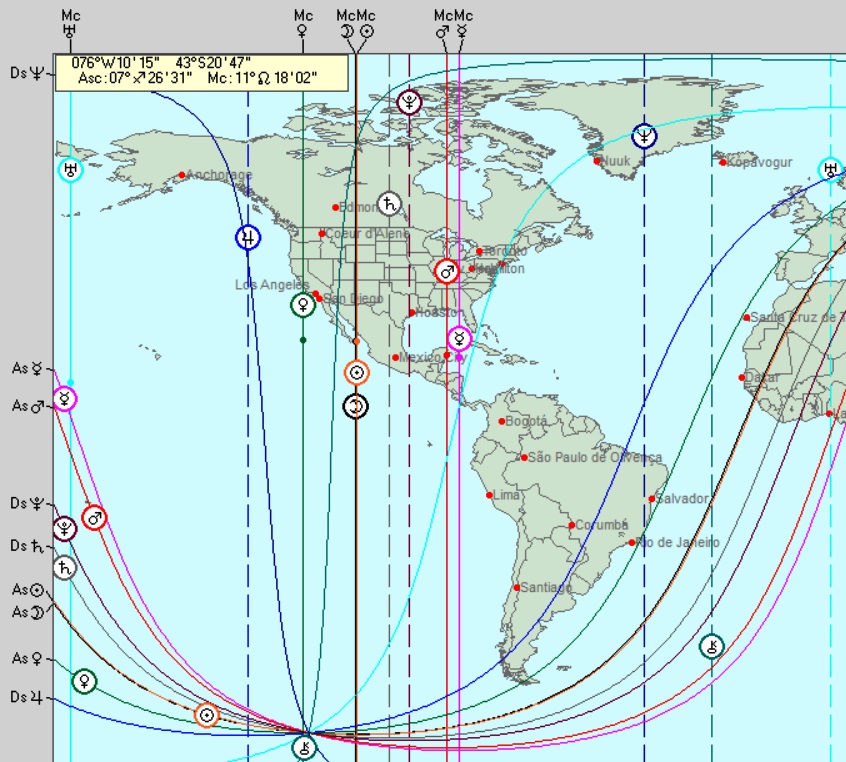 Eclipse Weather in Guadalajara on 6-30-19, near Saturn and Pluto at the IC, or base of the local chart. 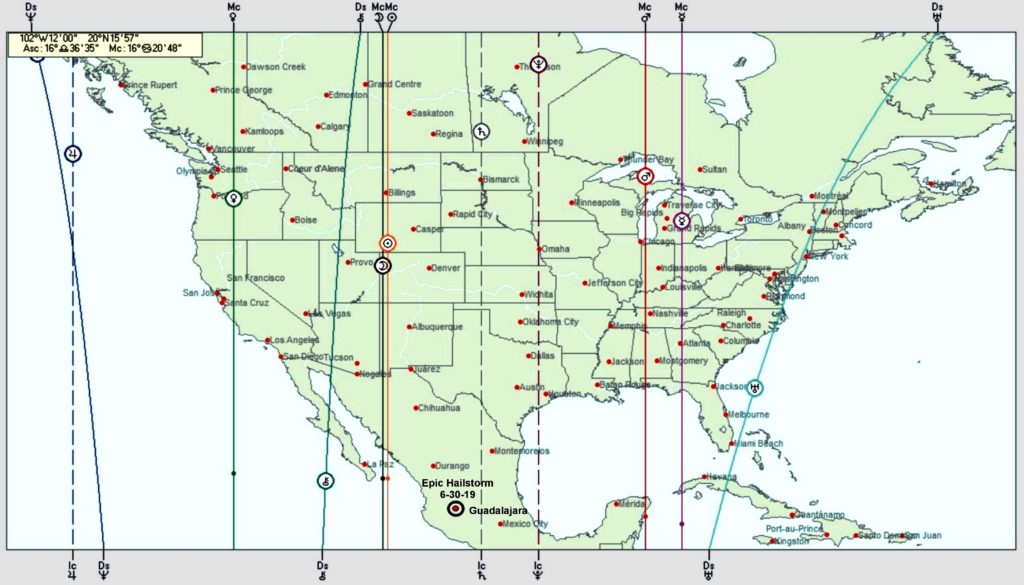 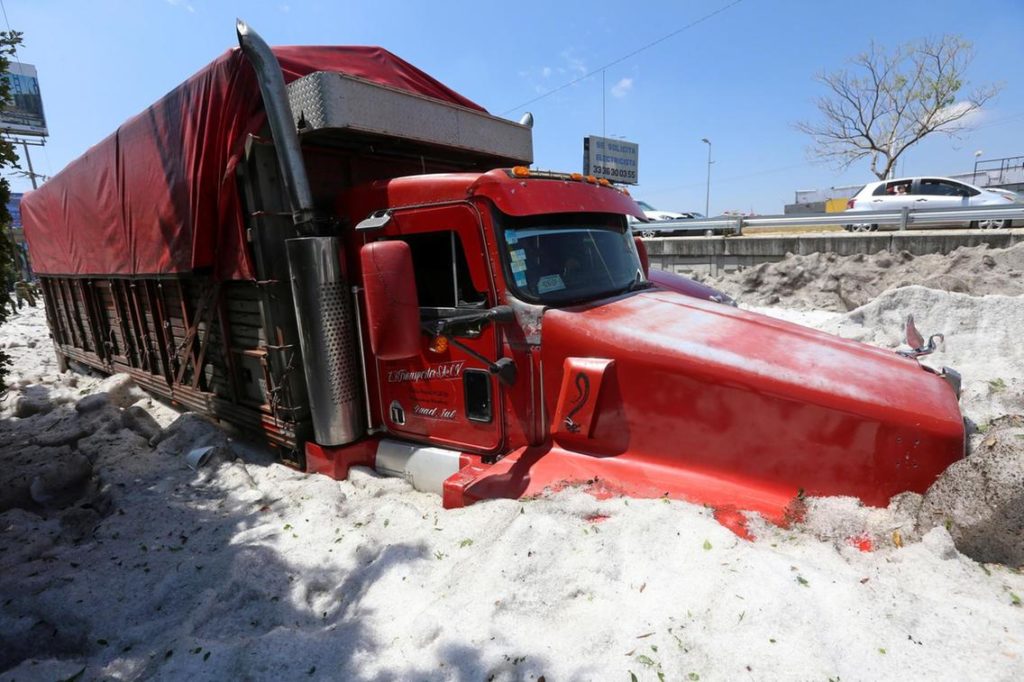 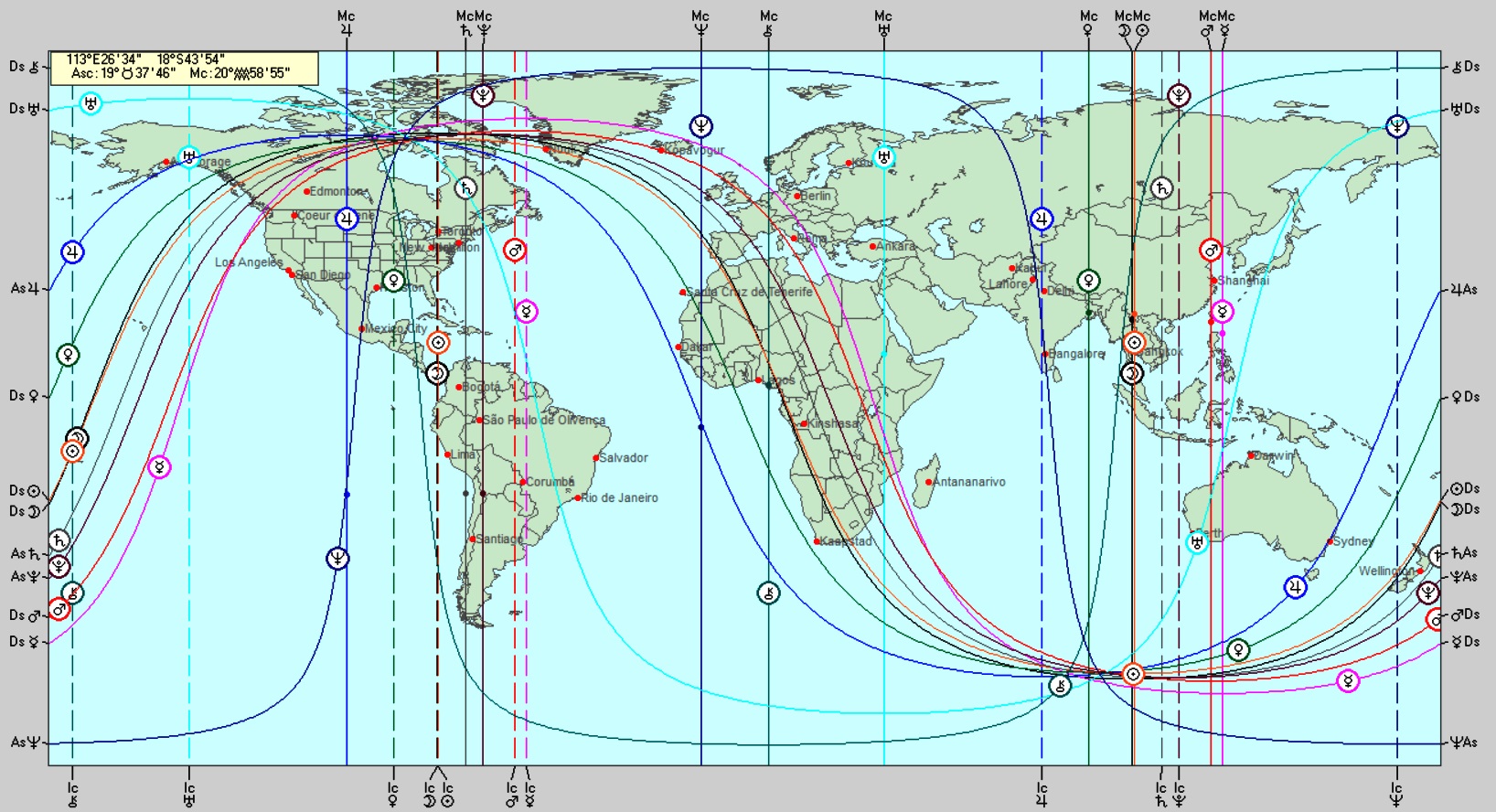 Seismic activity in Japan on June 18, right in the area where the Solar Eclipse rises, shown in the astrocartography: 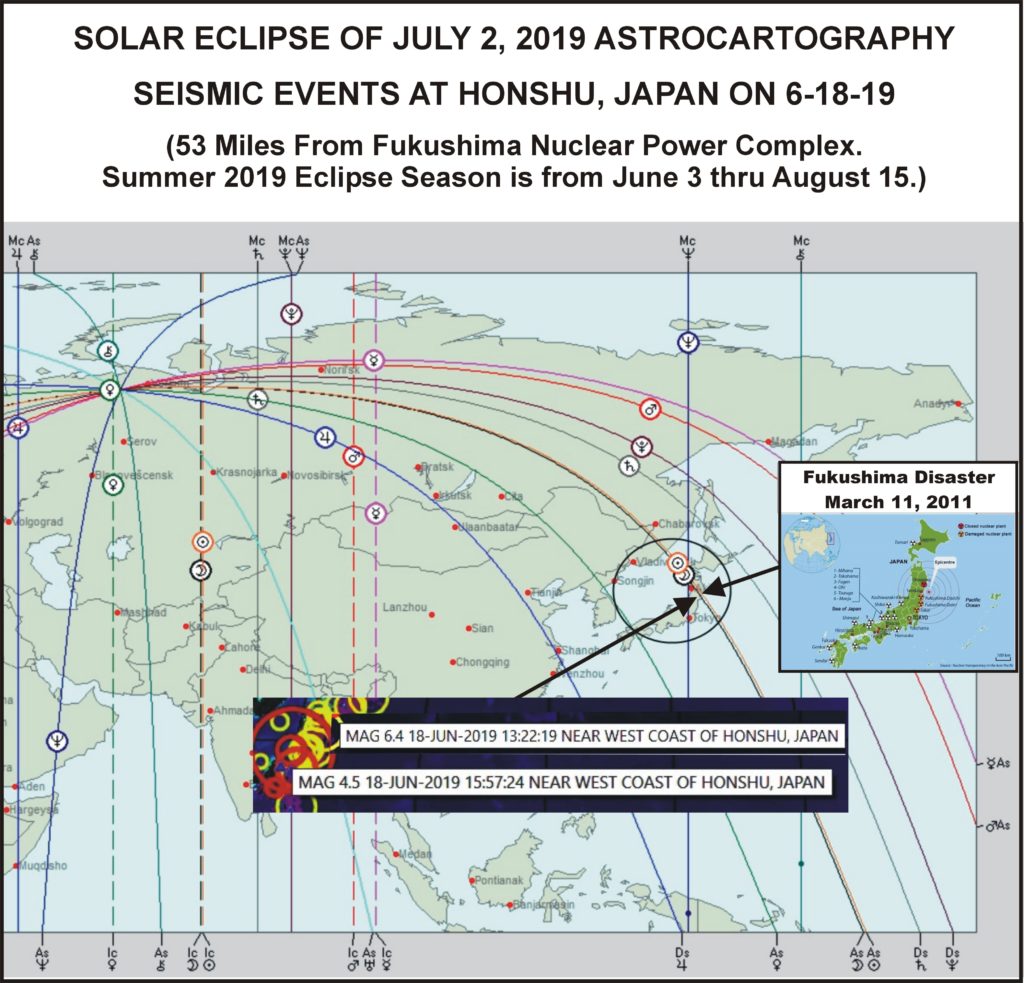 The Washington, DC chart below highlights tension in international relations for the U.S. that are jarring and heated, most likely primarily involving China/Philippines/South China Sea.  Eclipse tensions are also shown in Myanmar, Malaysia, Sumatra, which could be seismic activity in the Ring of Fire.

[Note:  July 20, 2019   This is well evident.  Anybody can look up the Ring of Fire activation in the Indonesia area, and the tensions that have amped-up in the South China Sea.] 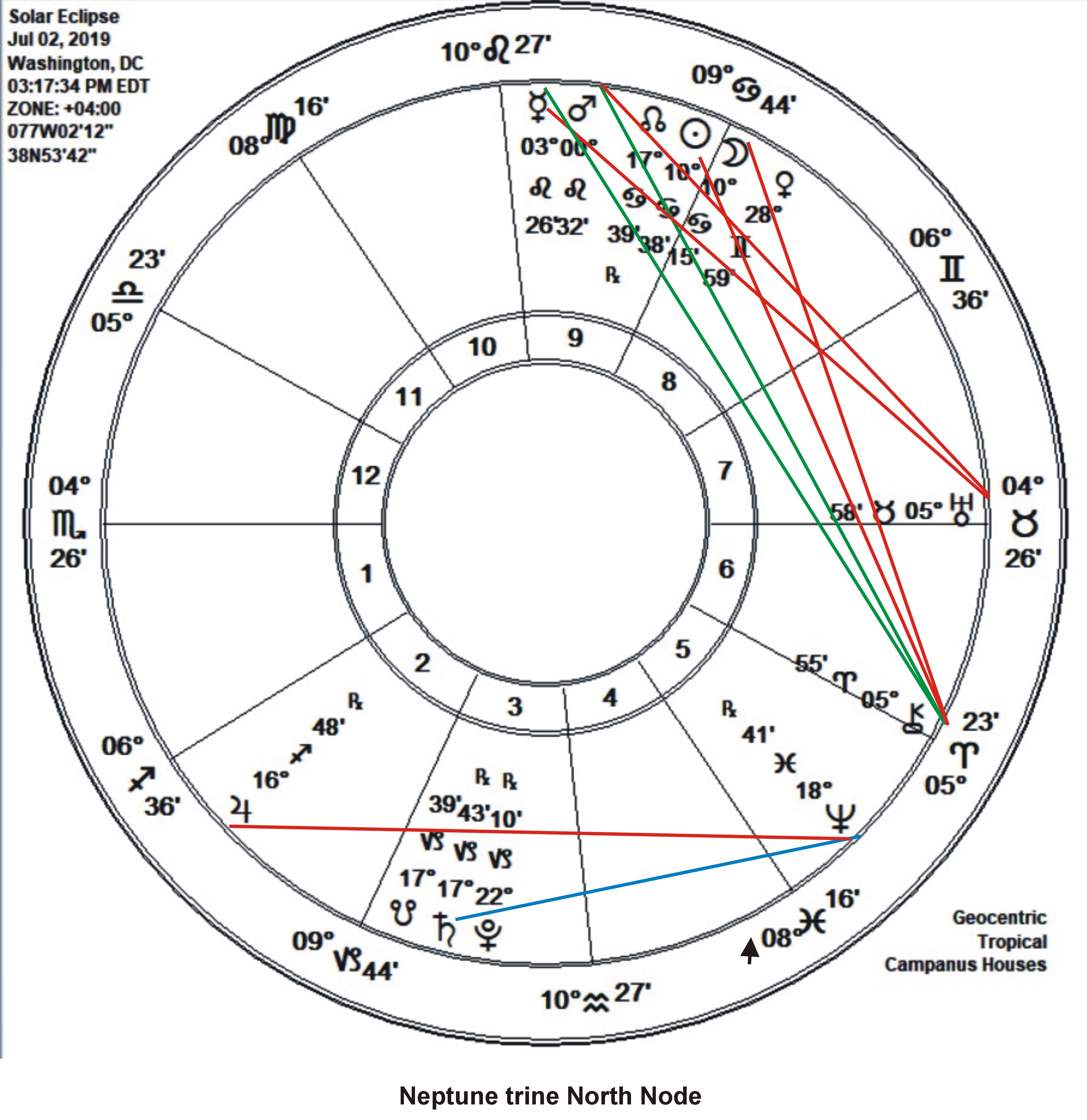 The Jupiter-Neptune square Second to Fifth House tells us that current (July) economic reports and stock market reports are overblown from reality and will need to correct in 2020.  There is too much of a ‘casino optimism’ operating with this eclipse with finances and investments.

Disruptions in international relations are expected with Uranus on the Descendant to Mars-Mercury in the Ninth House of the Washington DC chart.  Trade and financially motivated tensions, international court battles, sharp words, blustering, aggressive stances are to be expected.  These stresses will amplify into 2020. 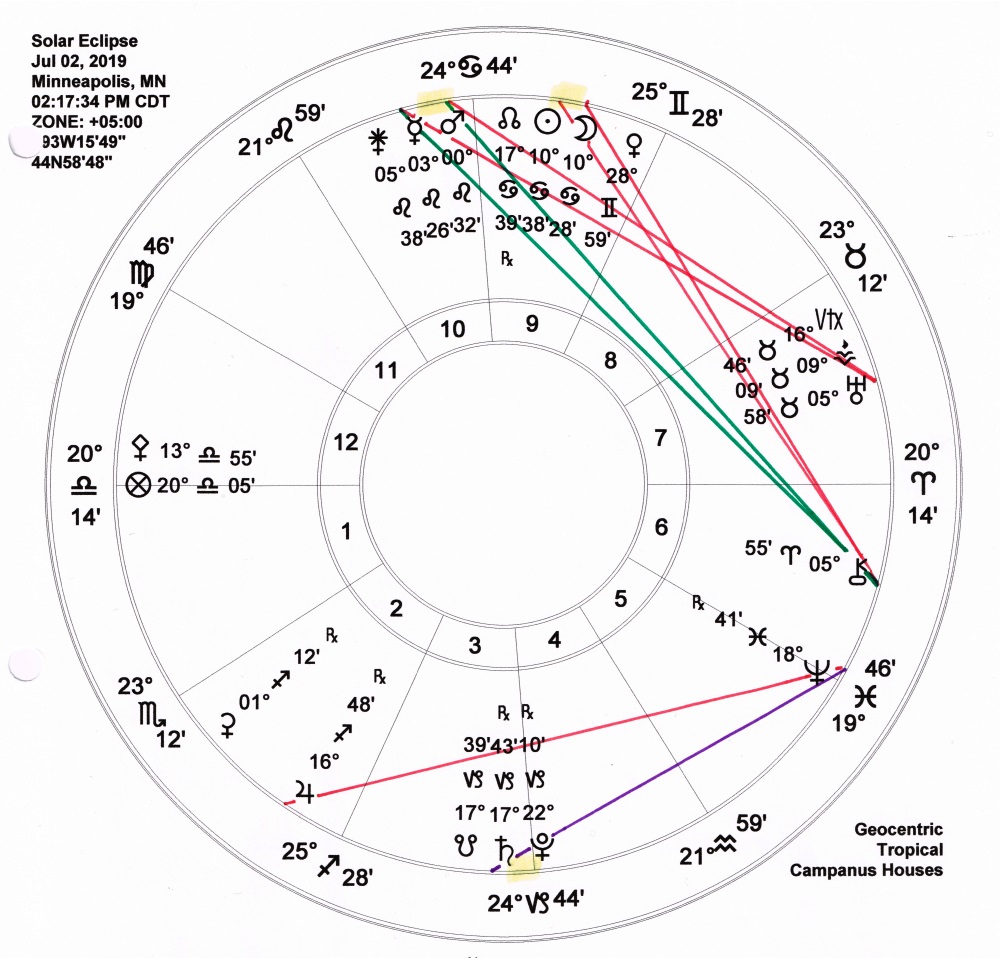 At 24° Cancer/Capricorn, this Lunar Eclipse activates the Saturn-Pluto conjunction in January 2020 at 23° Capricorn!

(The Solar Eclipse of July 12, 2018 at 21° Cancer was also an initiation into this age-defining, great conjunction.)

The eclipse path shadows the southern part of Africa, including the Congo where Ebola Virus outbreak is occurring.

The U.S. is fairly unscathed in this eclipse, with most of the volatile lines running through China, and clearly our relationship with China is up for contention and some sharp disruptions. 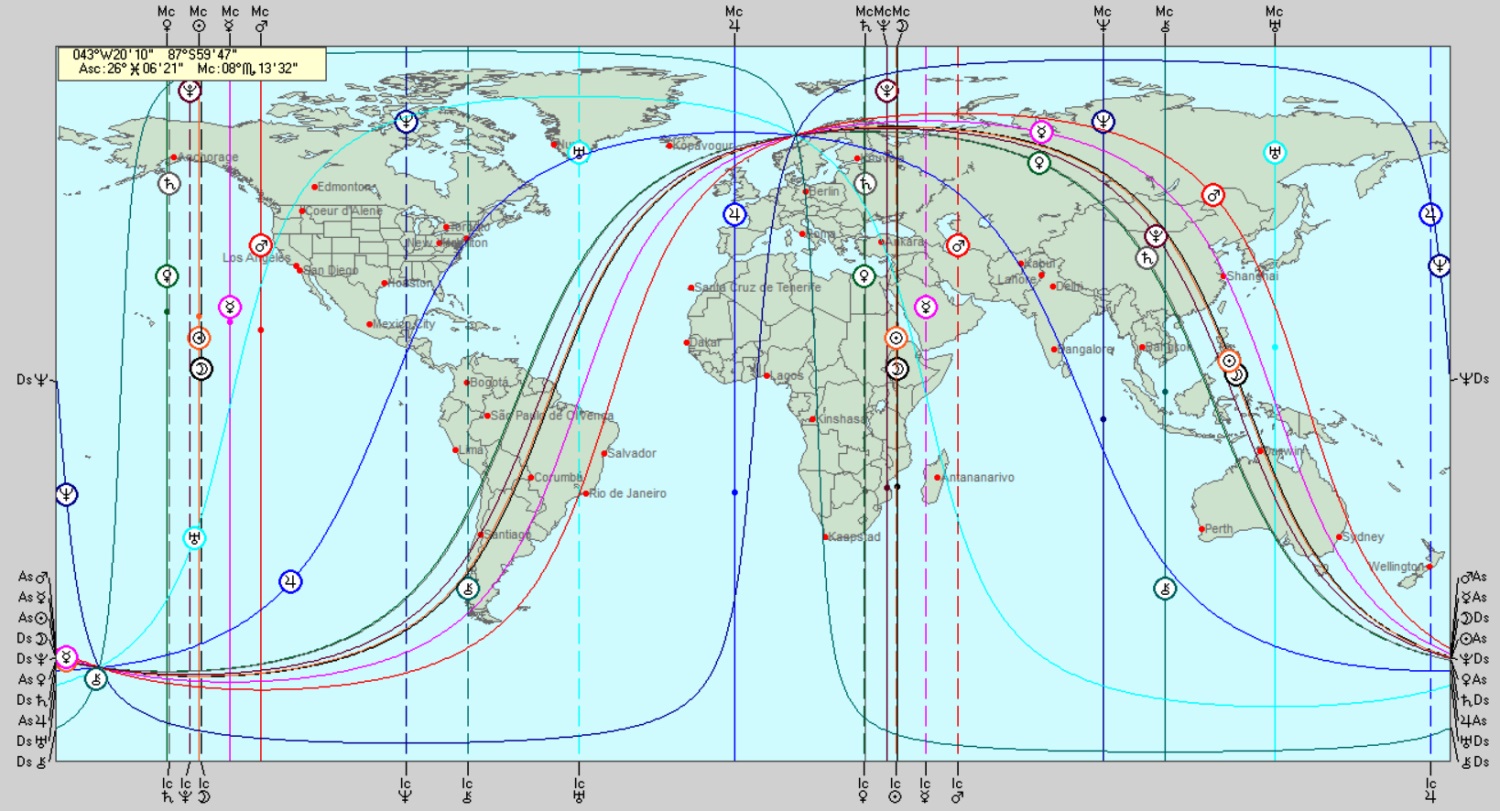 The geodetic astrocartography chart portrays geopolitical tensions, and again, Mars is angular near North Korea, which will likely become provocative this year.  [7-26-19:  North Korea Conducts a Missile Test with belligerence toward South Korea] 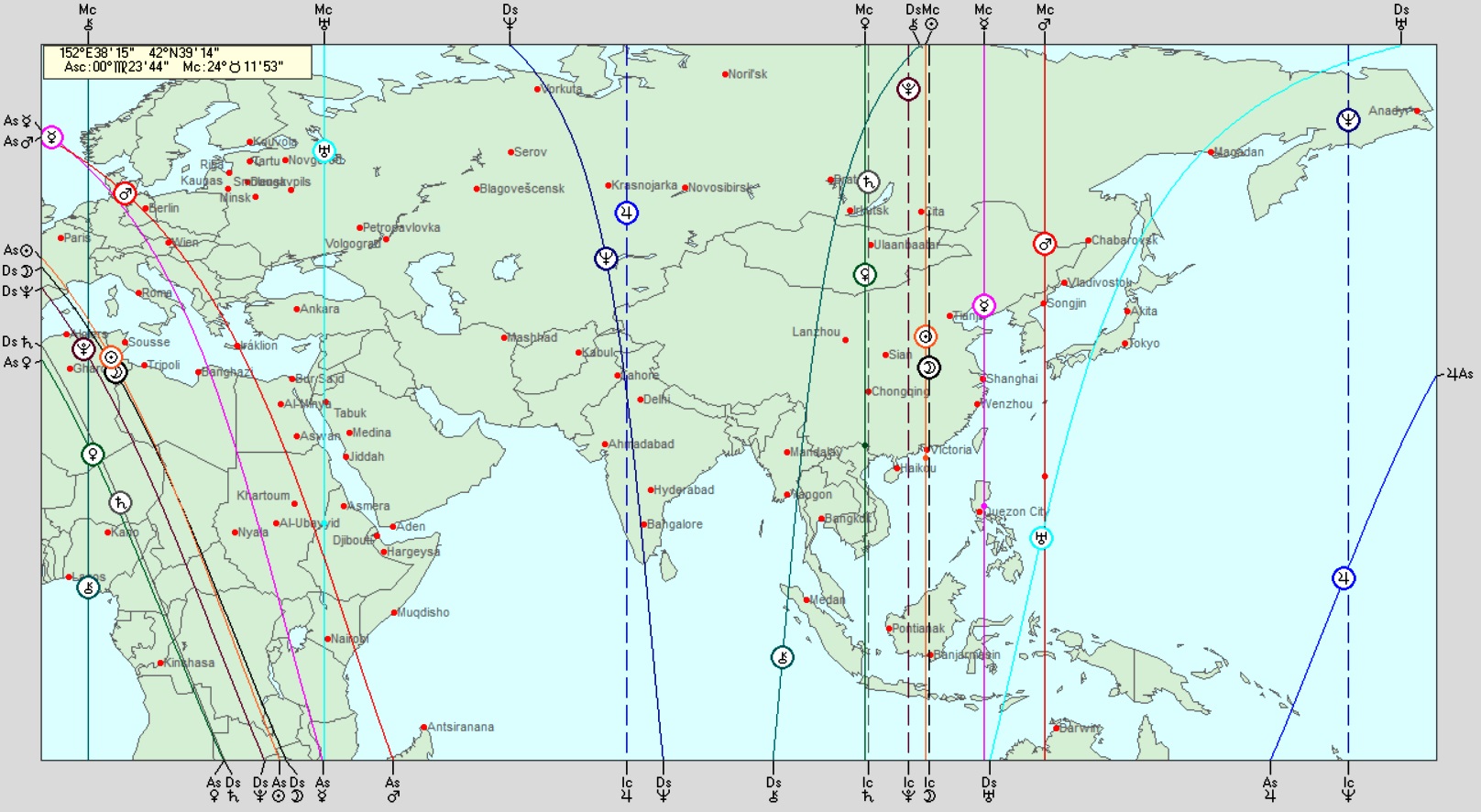 The Lunar Eclipse is across the horizon in Hong Kong, and as of June 9, there is a great uprising against a law of extradition to China that is against the People’s will. 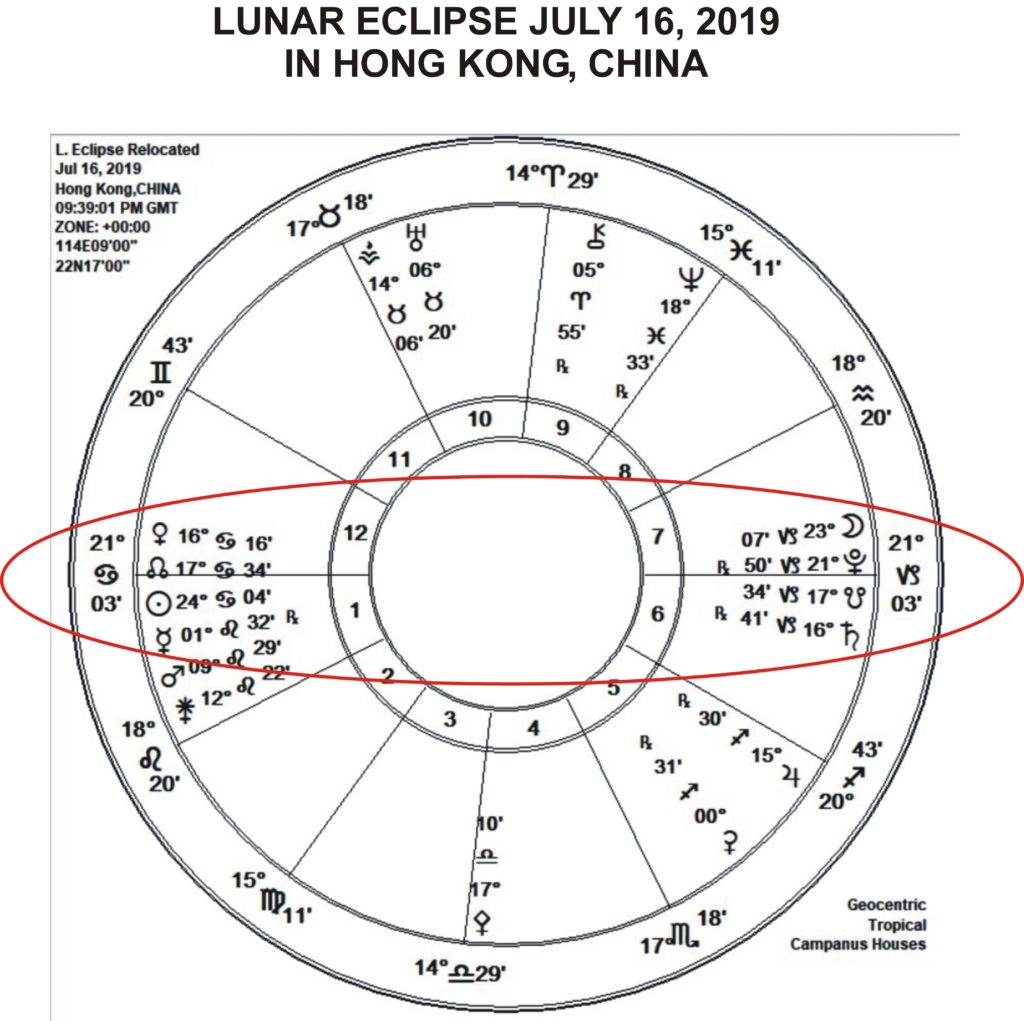 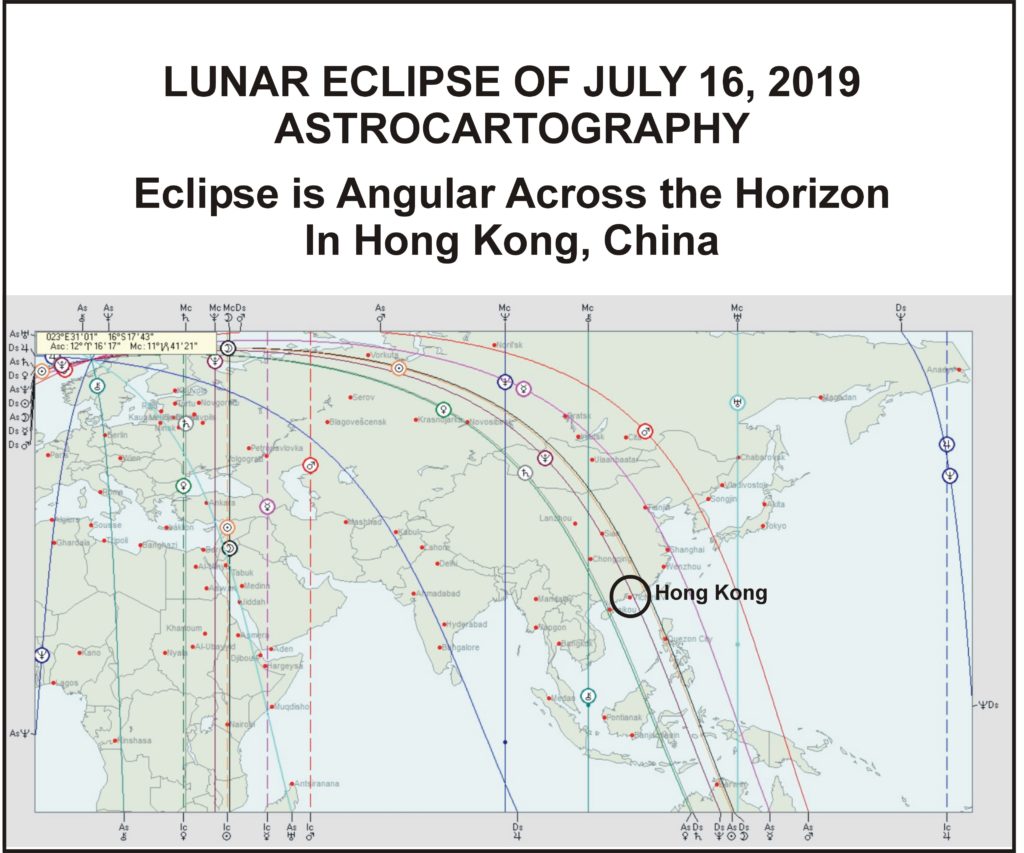 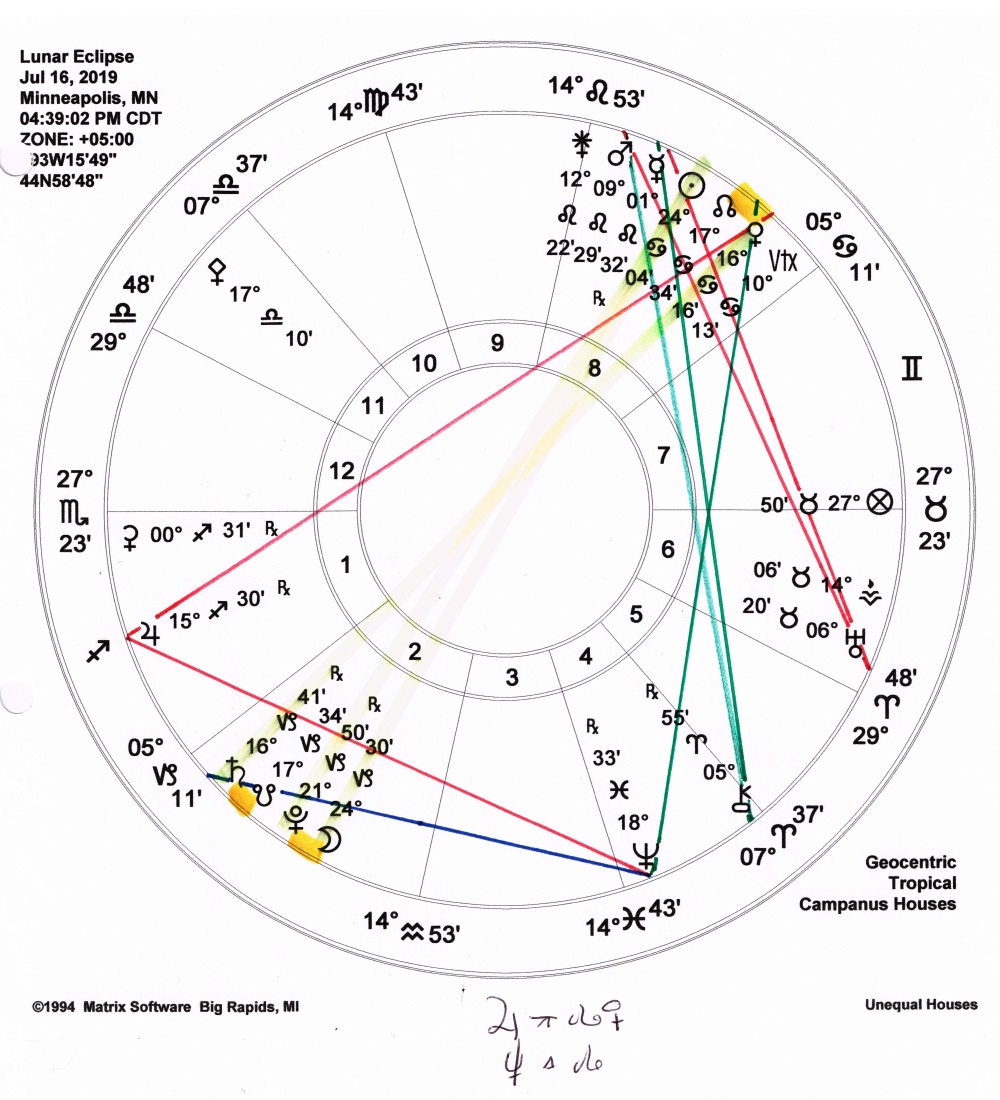