Jupiter-Neptune Square in 2019 – Keeping it Real 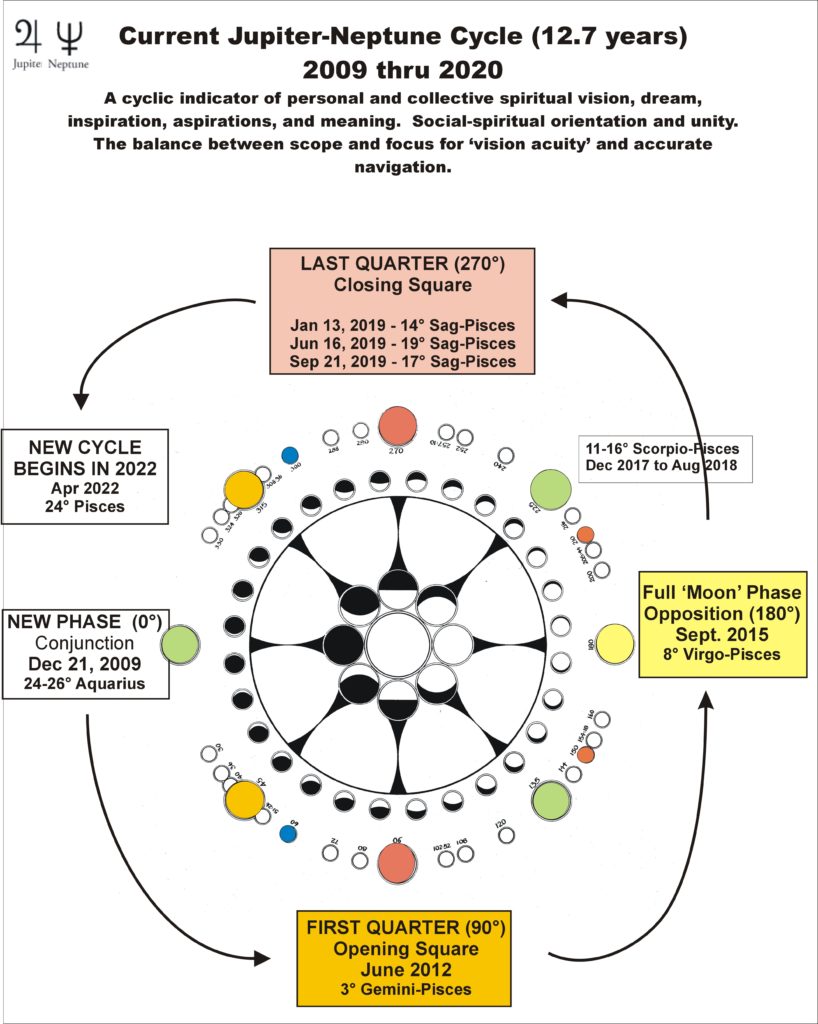 Jupiter and Neptune are forming their last quarter closing square throughout 2019.  The three squares are exact on:

The Jupiter-Neptune synodic cycle is about 13 years in length, and this one began in December 2009.  It will renew in April 2022 at 24° Pisces, at their next conjunction.

This is a ‘soft’ square, meaning that its effects may be more along the lines of confusion and anxiety rather than disastrous, sharp downfalls, but its downside can be just as galling as any “hard” square after the fog has cleared if one is left ‘holding the bag,’ with a smashed car, with mold growing wildly after water damage, or lost crops from TOO MUCH RAIN.

Jupiter and Neptune in their final crisis phase that requires the release of ‘everything that doesn’t work’ in the use of the energies they represent is very toxic, deceptive, draining, and a great generator of THEFT AND SCAM among human distortions.  Jupiter in its own sign of Sagittarius now exercises its passion for boundlessness, optimism, to spread one’s wings, to travel, to go for the big picture plan.  But the square with Neptune in Pisces, undermines that optimism with blind spots and pitfalls for the undiscerning.  This can be a siren song to destruction if we don’t balance Jupiter and Neptune with the reality checks of Saturn-Pluto’s conjunction this year, 2019-20.

Human society on Earth is sick with corruption and this square “outs” the shortcuts such as embezzlements, fraud, theft, privacy invasions and identity theft.  Human Jupiter-Neptune distortion is also escapism, addiction, denial and willful ignor-ance of reality.  Parasites thrive with Jupiter-Neptune in conflict.  ‘Wolves in sheep’s clothing’ work it.  It is prone to waste, excess, wrong assumptions, laziness, complacency, and a sense of abundance and wellbeing that isn’t sustainable or real.  We see much of American society on this roll now.  Recently, I was driving through a blizzard that wasn’t really so bad, but visibility was low.  Other drivers were over-driving the visibility and ending up in multiple-car pile-ups … I myself was almost rear-ended but for my prayers before travel.  The optimistic assumptions that all would be well ahead in the murk to justify high speeds astounded me, and portrayed a great departure from reality and the forces and factors of the physical and material world we live in, by many.  This does not bode well. 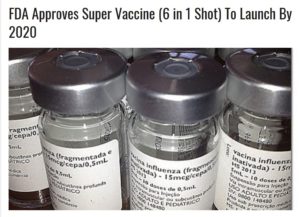 Jupiter-Neptune at cross-purposes is highly inflationary.  Jupiter stresses are always a matter of right measure, and tend toward too much of something, or human behaviors of taking advantage of others or misuse of available powers and opportunities.  Jupiter-Neptune then, leans toward too much water (Neptune), too much faith in the unworthy, too much positive assumption, too much sugar,  addiction, distraction, fake spirituality, illusion, deception, vain hopes, and uninformed (not properly grounded), positively propelled endeavor.  This combination is a classic ‘bubble driver.’

This square marks overblown egos and strong opinions based on faulty reasoning, bereft of reality.  Another downside among humanity is to violate each others’ boundaries, to aspire to do so, to disrespect and dishonor individual rights in social power schemes or working the system to have one’s way.  Essentially, this is a loss of mutual respect.

Jupiter is  concerned with ethics, higher education, bigger picture diversity, and is compassionate, generous, multicultural, seeking justice for all.  Neptune, also in its own sign of Pisces in square to Sagittarius, undermines, unfocuses, and tempts with glamour and dishonest rationales.  If we take a step away from Truth, if we mis-use the opportunities offered, if we dishonor divine order, right relationships,  and right measure, we are immediately on shaky ground and confusion, justification, and vulnerability set in. 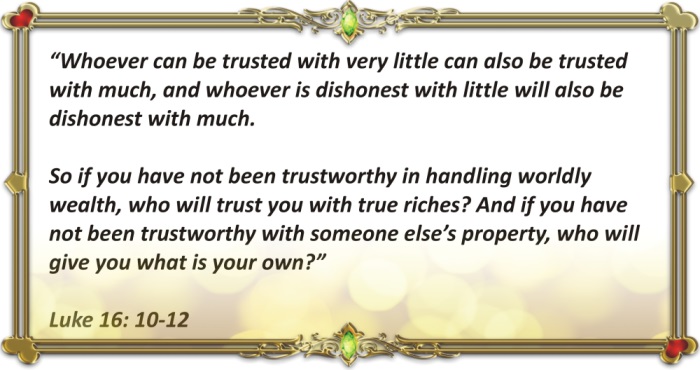 Right now we are seeing the exposure of the college scam among those bribing their children’s way into ‘higher education.’  This perfectly fits the signature of Jupiter square Neptune with its toxic, poisonous, fudgery that undermines the integrity of the whole.

Efforts to legislate forced vaccinations are a manifestation of unconstitutional “bully democracy” based on fear and petty ignorance.  Our border issues are also a hot topic, reflected within the individual by our own bodies’ “border issues”, under sneak attack and undermine, as auto-immune diseases proliferate due to intra-cellular signalling disruption and jamming, by non-native electromagnetic fields and radiation that confuse the body about its own identity, among other environmental distortions.  This is a serious, growing problem.  Twenty-five percent of girls age 12 in the United States today, already have antibodies to their own thyroid glands!

Jupiter problems typically stem from a loss of perspective with right measure by both givers and takers.  If we give too much, we aren’t helping anybody at all.  Jupiter is our faith and we must be sharp now, not to give our faith to the unworthy.  When off balance, Jupiter is too much, and Neptune in Pisces is water.  Flooding is a year-long signature, toxic air and water (negative thinking and feeling), air- and water-borne illnesses, and toxicity and destruction of the oceans are critical issues. 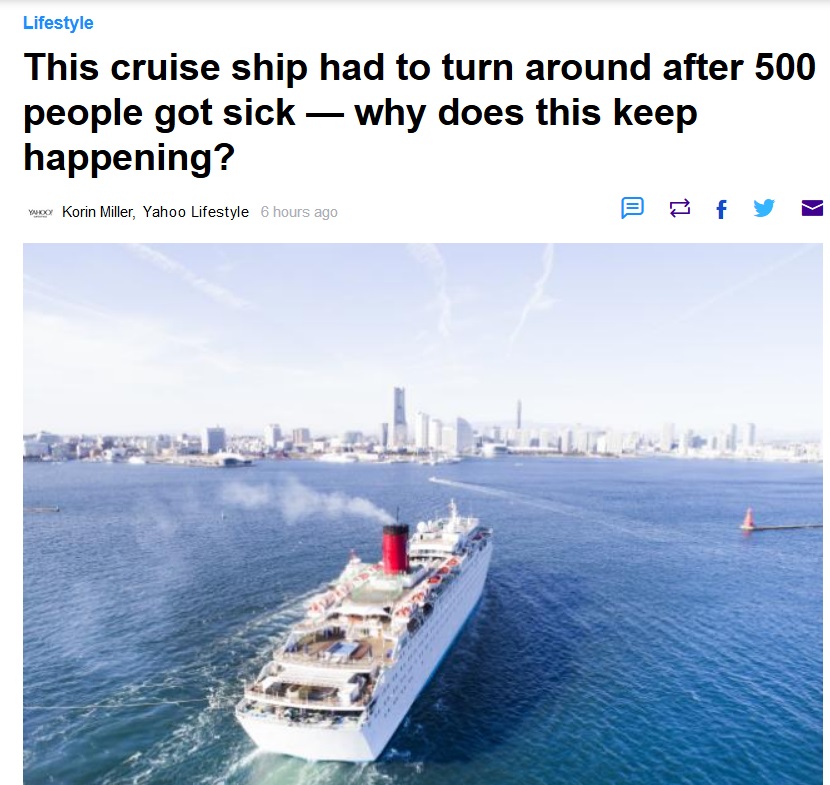 Travel is a potential drain and disillusionment with this square, so slow down and use your natural senses, paying attention to right order in travel planning.  Better yet, check with your astrologer!  Too quick, too far, too fast will not work.   Travel by water on cruise ships (Neptune) is more unhealthy this year.  Hygiene, contamination, poisoning, and contagion are very real problems with this synodic flashpoint.  The decreasing effectiveness of antibiotics is a growing challenge, along with contamination of food, vaccines, and medicines made in foreign countries en masse without proper oversight.  Infections and poor social hygiene require stronger defenses.

Also, falling for the mirage of ‘highly educated’ advisors may not provide accuracy for your best decision making.  Our natural senses are much wiser on our own behalf, than the knowledge base of another, that will always fall short at some point, for US PERSONALLY because each one of us is unique.

When we feel too much optimism, giddy expansion, flights of fancy, unfettered imagination, we can consciously choose to balance that Jupiter-Neptune inflation with reality checks and facts to stay on course.  Going too far into the future with our attention and passion takes us out of the present moment, and we may invoke a reality reminder.  Saturn’s sextile (60°) aspect with Neptune this year provides extra assistance to stabilize as needed, for the responsible. 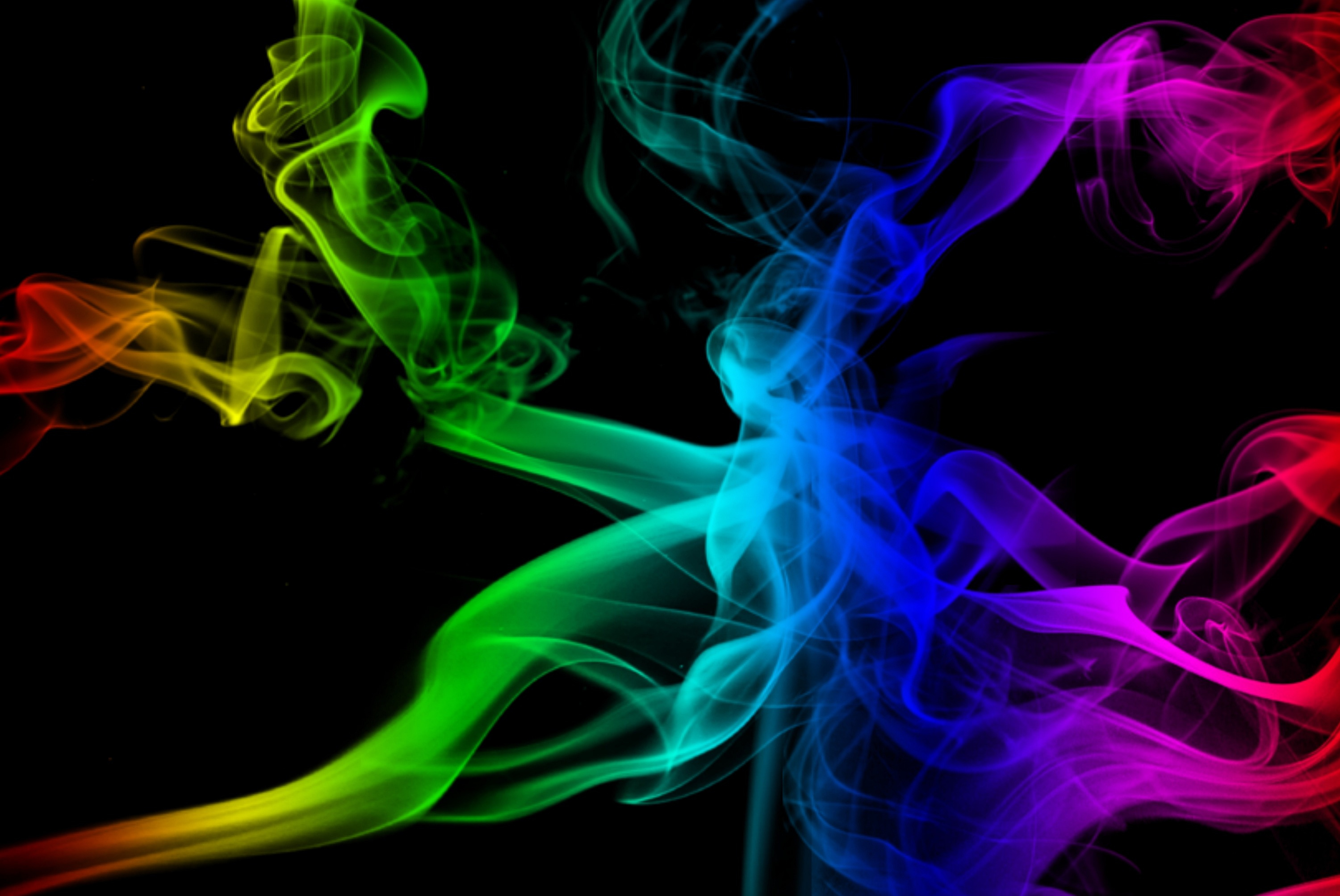 This square is operating constantly throughout 2019 and begins to ease away in November.  So experiences of this energy by many will not correlate with the dates listed below.  Generalizations about timing of astrology aspects in individual lives are not possible with any accuracy; the dates below are only general indicators.  Every individual’s timing with the life processes we are discussing, is unique to their energetic imprint.

By December 2019, Jupiter enters Capricorn (12-2), moving out of orb of the closing square into the balsamic phase (darkening, releasing) of their cyclic relationship.